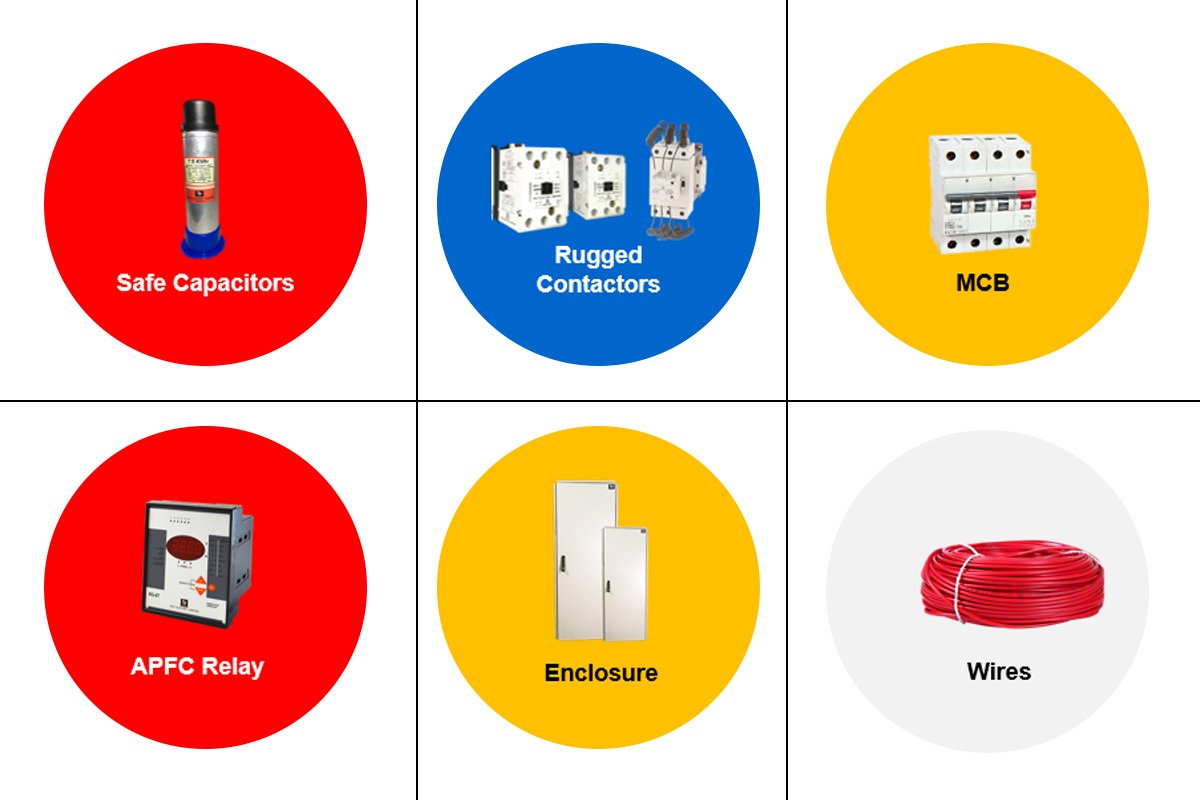 Power factor is the ratio between the KW and the KVA drawn by an electrical load. Where the KW is real power to load and KVA is the apparent load power. It is the measurement how an electrical equipment getting current in actual.

Example: A load with power factor of 0.85, results much higher losses in supply system and consumer has to pay higher bill.

Little improvement in power factor lead to significant reduction in losses since losses are proportional to square of the current.

APFC panels are built to correct the power factor and major components needed to build power factors are:

BCH LT Capacitors are safe to avoid any bursting and made with thick polypropylene films. Easily available from 1KVAR to 50 KAVR

APFC Relay gives perfect switching and these are brain of panel,

BCH wires are made with pure copper and heavy gauge and proven in motor application to sustain load current.

BCH Enclosure are used most of industry in India.

These are IEC certified enclosure, and provide highest rust protection as compared to any other manufacturer in India.