Contact Us
Home Blogs Why You Should Choose the MCCB Carefully 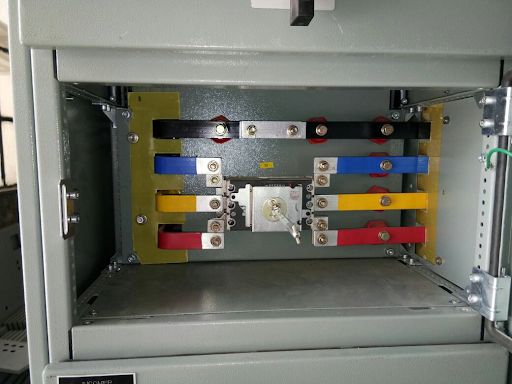 Why You Should Choose the MCCB Carefully

Sometimes the jargon used by the experts can get a bit overwhelming. You want your
home, office, facility, or any other place using electricity for lighting and other work to be
safe. You certainly don’t want to be part of the statistics pertaining to fires caused by
short circuits blowing. You might even have been advised to install MCCB for your
electric panels, but are thoroughly puzzled as to what MCCB stands for, and what is its
utility.

Know the Basics of MCCB

The full form of MCCB is a moulded case circuit breaker. It is housed in a moulded case
to protect it from external elements like dust, rain, oil, and chemicals. As a circuit
breaker, the MCCB is vital for the security of your installation, facility, factory, and
warehouse, and the people.

A moulded case circuit breaker abbreviated MCCB, is a type of
an electrical protection device that can be used for a wide range of voltages, and
frequencies of both 50 Hz and 60 Hz. As with most types of circuit breakers, an MCCB
has three main functions:

The wide range of current ratings available from moulded-case circuit breakers allows
them to be used in a wide variety of applications. MCCBs are available with current
ratings that range from low values such as 15 amperes to industrial ratings such as
2,500 amperes. This allows them to be used in both low-power and high-power
applications 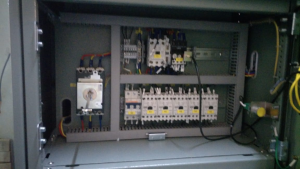 The Differences between a Fuse and MCCB

There are significant differences in a fuse and an MCCB. When there is an overload, the
metal which constitutes a fuse melts; thereby creating a break in the power supply. The
MCCB simply switches off a power supply to prevent any adversity caused by an electrical fault.
This is the major advantage which MCCB enjoys over the fuse as it only
needs to be reset, whereas the fuse needs to be replaced since it melts. However, a
fuse shuts off electricity faster. Fuses are gradually getting phased out with miniature
circuit breakers (MCBs) and MCCBs, even though MCCBs are more expensive as they
are safer.

The Differences between MCB and MCCB

The main distinctions between moulded-case and miniature circuit breaker are that the
MCCB can have current ratings of up to 2,500 amperes, and it’s trip settings are
normally adjustable. An additional difference is that MCCBs tend to be much larger than
MCBs

Avert Damages to Your Expensive Equipment

Your expensive and not-so-expensive equipment need a steady flow of current to
remain functional. Remember, machine control systems are delicate, and require
protection. It makes sense to install the main MCCB and an MCCB or MCB at your facility
depending on the load. This serves to isolate power supply in the event of an electrical
fault. The main MCCB enables you to switch off the electricity supply to the entire building
or department, and prevent the spread of a fire; especially when the fire has been caused
by a short circuit.

Always buy an MCCB which carries the guarantee of having been manufactured using
durable materials, and has undergone rigid quality control procedures to meet
international standards of safety. Keep in mind that the MCCB protects your electrical
equipment. This electromagnetic device detects a fault when there is a sudden electric
surge causing a short circuit. Since the short circuit offers little or no resistance to the
electrons flowing around the conductor, it can generate an enormous amount of heat
raising the danger of fire, and even an explosion.

Takeaway: It is your duty to protect lives and property which are in your care.
Therefore, you should jeopardize neither by overlooking the safety measures needed
during electrification like installing MCCBs from a reliable manufacturer, as the quality of
materials used and production methods can impact overall quality and dependability.